In case you need a little help with your smartphone, this article will guide you through the differences between Verizon and AT&T. If you’re looking to switch providers but unsure if your phone is compatible, use these steps to determine whether or not it’s worth switching plans for. 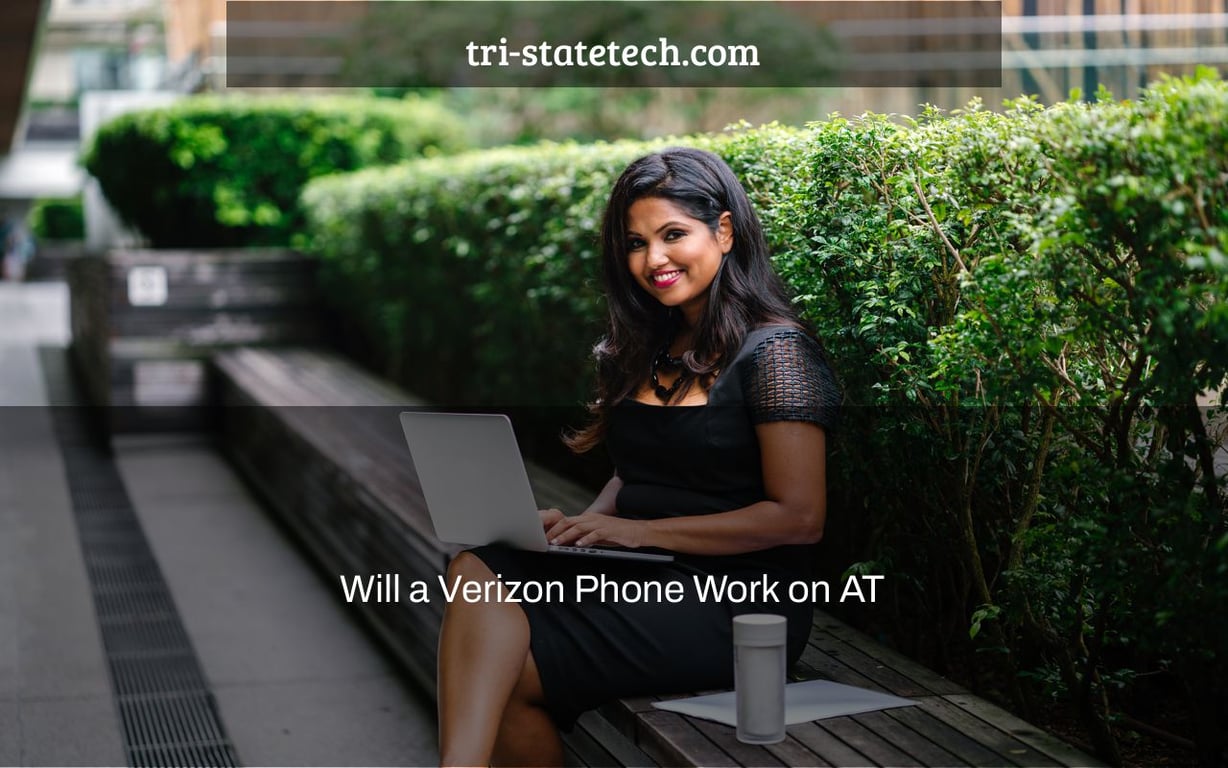 If you’re looking to switch from Verizon to AT&T, you’re not alone.

Many consumers are looking to switch their cell phone service from Verizon to AT&T and want to bring their Verizon phones with them.

But wait, will the phone you purchased through Verizon work on AT&T or will you need to buy an all-new phone when you switch services?

Will a Verizon Phone Work on AT&T?

It may come as a surprise to learn that some Verizon phones will work on an AT&T service.

Some claim that the majority of them will work.

While it is true that many Verizon phones can work on AT&T, it’s better to check specifically on the phone that you wish to change services with.

To be more specific, AT&T uses a GSM network. Verizon uses both CDMA and GSM.

GSM is only used on Verizon’s LTE network.

Any unlocked GSM phone can be used on other GSM networks such as AT&T.

Non-branded phones, on the other hand, often lack support for sophisticated capabilities provided by the cellular network provider.

Can I Switch My Verizon Phone to AT&T?

In general, Verizon LTE devices are GSM compatible and are even sold unlocked.

Because the Verizon LTE network relies on GSM connections, this is the case.

The good news is that Verizon has switched many of its devices to the LTE network, which provides higher performance than the CDMA service they previously had.

Another piece of good news is that determining which network your smartphone utilizes is simple.

To begin with, LTE networks are virtually entirely GSM-based.

Your smartphone is a CDMA phone if you bought it from Sprint or Verizon’s non-LTE choices.

If you purchased your device from AT&T or T-mobile, It’s most likely GSM.

If you’re still unclear, go to your device’s settings and look for the information you need. It does not, however, say whether it is CDMA or GSM. Instead, you’ll hunt for a MEID, ESN, or IMEI number.

Go to the Settings app on your iPhone. After that, go to General, then About. An MEID, ESN, or IMEI number should be found.

Go to Settings on your Android device. Toggle between System and About Phone. Locate the MEID, ESN, or IMEI number by tapping on Status.

Your phone is a CDMA device if it contains a MEID or ESN number. It’s GSM if you discover an IMEI number instead.

If your device is GSM-networked, all you will need to do is replace the SIM card or contact AT&T to activate your new service.

Unfortunately, if you have a CDMA handset, you will need to upgrade to a GSM-ready smartphone.

Types of SIM Cards and Their Compatibility

You’re probably wondering what GSM and CDMA are after hearing so much about them.

Don’t be concerned. It is not difficult to comprehend.

The letters don’t stand for technical aspects, like most acronyms for technologies like 3G, 4G, LTE, and now 5G.

Both titles are essentially fancy phrases for two distinct types of radio technologies used by smartphones and phone networks to transmit speech and data through wireless signals.

There are a few distinctions between CDMA and GSM networks that users should be aware of. The SIM card is the first.

To connect your phone to its network, GSM phones always utilize a SIM card.

CDMA, on the other hand, includes a chip that functions as a SIM card.

CDMA was a popular network among cellular operators that wanted greater control over their networks and phones, such as Verizon.

This change is more recent for Verizon, but others like AT&T and T-Mobile required no change at all.

The important thing to know is that GSM networked devices will not operate on CDMA networks and vice versa.

In the About Phone section of your device’s settings, GSM devices will display an IMEI number.

A MEID or ESN number will appear on a CDMA phone.

Don’t worry if you’re still unsure or if your smartphone isn’t compatible with GSM networks.

There are still ways to join a network without spending a fortune.

AT&T, and many other cellular network providers, offer device Programs for Trade-Ins to make it as easy as possible for new customers to choose their network.

Even better, the majority of phones are compatible with both GSM and CDMA networks.

You’ll be able to exchange in your CDMA networked gadget for a GSM model.

Keep in mind that smartphone technology is a fast-paced, ever-changing consumer market.

You may wish to upgrade to a newer and more powerful smartphone than the one you currently have.

Programs for Trade-Ins are not perfect.

Older cellphones may rapidly lose value due to the fast evolution of smartphone components.

When it comes to smartphones, it’s common for customers to want to update every two or three years in order to stay up with the latest features.

Some of the issues you’ve become used to on your older smartphone may be totally resolved on newer devices.

What is the difference between AT&T and Verizon?

AT&T has used GSM networks for as far back as I can recall.

Verizon, on the other hand, use both CDMA and GSM networks.

They used CDMA networks at initially to have greater direct control over their network and the devices linked to it.

GSM has shown to be a more efficient network throughout time, allowing for more bandwidth and reduced latency.

GSM networks are becoming ever more vital as 4G, LTE, and soon 5G take over the smartphone environment.

Why would I want to retain my previous phone if I’m switching networks?

Some smartphone users develop a strong bond with their gadgets. If something isn’t broken, don’t try to repair it.

Cellular network providers, however, have a propensity of constantly adjusting the costs of their services and promotions.

This might imply that your phone bill will be predictable and inexpensive for the duration of the promotional period you choose.

Your bill may drastically alter after the offer has ended.

Consumers are often pressured to transfer services in order to take advantage of better choices at a cheaper price due to price changes without improvements in service. Unfortunately, mobile service providers have a poor track record of converting new sign-ons into long-term subscribers.

Is it true that my phone service provider has an impact on where I may connect to wifi?

Certainly not. In essence, your smartphone is a PC in your pocket.

The built-in wifi modem works independently from the mobile service.

This means that if you transfer providers but don’t want to turn in your old gadget, you may continue use it with WiFi or without it.

There are a lot of applications for a smartphone that doesn’t have a cellular connection, especially with the emergence of handmade cheap computers like the Raspberry Pi.

You can swiftly convert outdated phones to handle home automation, media libraries, and web services with Android and iOS devices.

Should I trade in my phone to switch from Verizon to AT&T?

You’ll need a branded gadget that supports certain features like wifi calling and HD voice if you want to take use of them.

Directly from the cellular service provider is the best option to purchase a branded handset.

If these functions aren’t important to you, there’s no need to upgrade your gadget as long as it operates on GSM networks.

If your smartphone is three years old or older, you should think about trading it in for a new one.

The “will a verizon phone work on at&t” is a question that many people have. The answer is yes and no. Yes, it will work but the service may not be available in your area. No, it won’t work because Verizon phones are not compatible with AT&T’s network.

Can a Verizon phone be used on T-Mobile?

A: Yes, most phones can. Use the Verizon sim card and T-Mobiles network to make calls, text, and use data with your phone.

Can Verizon phones be used on AT&T?

A: Yes, Verizon phones can be used on AT&T.

Will an AT&T SIM card work in a Verizon phone?

A: Unfortunately, this is not possible.

15 Ways To Fix Visual Voicemail Not Working On Android