Following a trend of consumers opting for easier payment methods during the holiday season, this year millennials and Gen-Zers were more likely to spend on items they couldn’t afford. That’s why companies like Amazon are now rolling out new features that give customers freedom over their finances with “buy now, pay later.”

The “pay in 4” is a new feature that allows users to purchase items from certain retailers, and pay the full amount over 4 months. This new feature has been widely successful during the holidays. 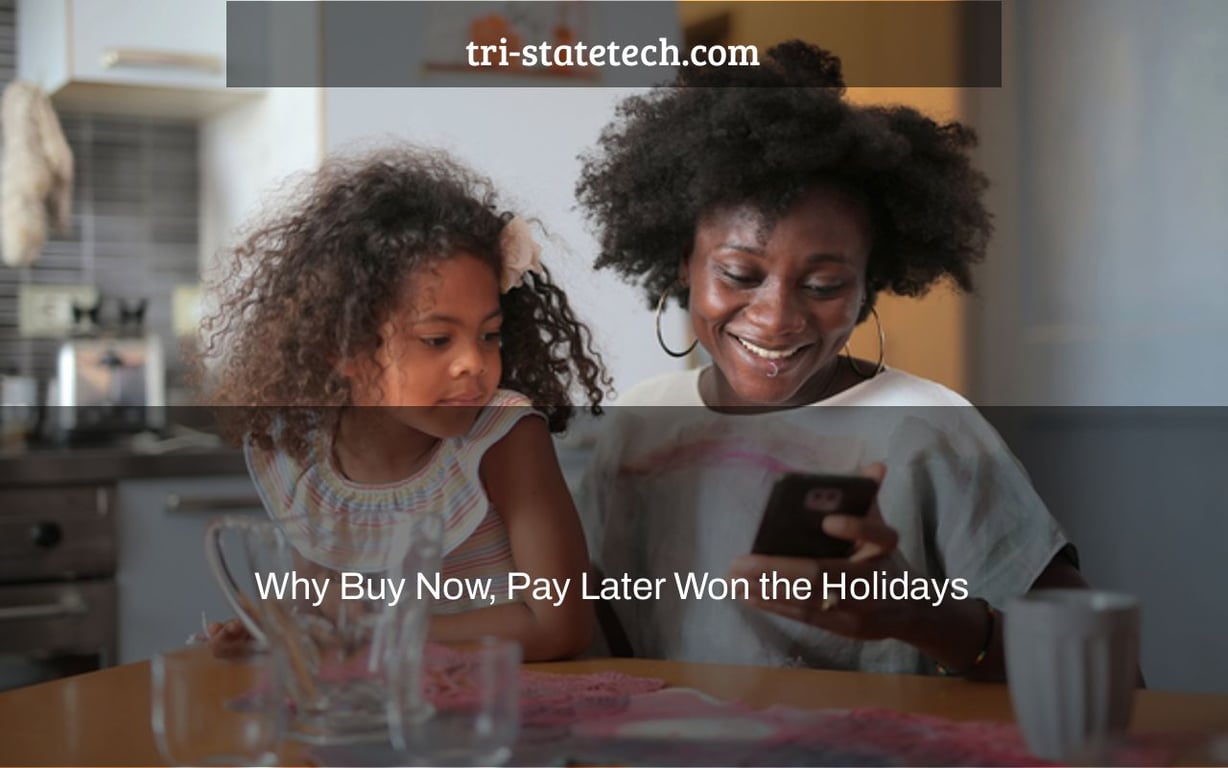 The Christmas season of 2020 was won by buy now, pay later. Why? With this convenient payment option, people were able to stretch their money farther.

This convenient function at the checkout, in our view, isn’t going away anytime soon.

What does it mean to “purchase now, pay later”?

A buy now, pay later (BNPL) purchase is one that you may obtain right now and then pay for in equal payments.

BNPL has been around for a long time, but it gained a lot of traction during the epidemic. People began to purchase online since they had less money to pay up front.

Now, most retailers have a specific company they use for BNPL. So, you might see Afterpay, Klarna, or Affirm at checkout.

A BNPL is a kind of installment loan that breaks down your purchase into many equal instalments. The first is payable at the time of checkout. Your card will be charged for subsequent installments until the purchase is entirely paid off.

What is a good example of a buy-now, pay-later scenario?

If you purchase anything for $300, for example, this is an illustration of this. To begin, you must pay $75 at the time of purchase. You still have three $75 payments to make. Each one has a two-week deadline. Your purchase will be paid off in six weeks if you make all of your payments on schedule.

Although this four-payment plan usually does not carry interest, certain BNPL programs have APRs as high as 30%. Late fines are usually approximately $10 and do not exceed 25% of the order value.

Why is it so trendy this year to purchase now and pay later?

This year, there are several variables working against the customer. Discounts will be more difficult to come by. Prices are rising due to supply chain issues. And many individuals are still struggling financially as a result of COVID-19.

In comparison to 2020, Deloitte predicts a 7 percent to 9% rise in holiday expenditure.

Lots of people are looking for the best way to stretch their cash. We all want to spend money on the people we love and get them the gifts they deserve. BNPL can help you do that.

Is it the new way to shop to purchase now and pay later?

Minimum earnings are not increasing, while inflation is rising. Furthermore, for younger people, internet shopping is the preferred form of purchasing.

The most probable demographics to utilize BNPL are millennials and Generation Z. These generations account for a significant share of the existing and future workforce. They also have a lot of money to spend.

Stores who do not accept this payment option soon risk falling behind and losing a large portion of their customer base.

What are some things to think about while buying now and paying later?

Many economists only recommend BNPL plans for essential expenses because it is still a form of debt.

You should also look for a low- or no-interest plan.

If you keep track of how much you’re spending and what your monthly payments will be, purchasing now and paying later is a terrific strategy for the holidays. You don’t want to sink deeper into debt than you can handle.

What are the Advantages and Disadvantages of Buy Now, Pay Later?

BNPL has a lot of advantages and disadvantages.

What are some other options for buying now and paying later?

Some folks may find it more convenient to pay using a credit card.

Most credit cards provide cashback and perks, as well as reporting on-time payments to credit bureaus.

Having a history of on-time payments improves your credit score and allows you to get better financing in the future.

What are any places where you may purchase now and pay later?

What is the difference between purchase now, pay later and layaway programs?

Layaway services allow you to pay a little amount each month until the item is paid in full, at which point you may take it home.

The concept of buy now, pay later is similar to layaway in reverse. You get your stuff immediately and then pay for it over time.

Is it true that buying now and paying later has an influence on your credit score?

Before authorizing you for a purchase now, pay later program, they usually do a mild credit check. This has no bearing on your credit score.

While certain BNPL programs are not tracked by credit bureaus, some are. This implies that missing a payment might have a negative influence on your credit score.

Almost 40% of customers have skipped at least one repayment of their purchase now, pay later plan. Around 75% of those surveyed saw a drop in their credit score.

When individuals purchase now and pay later, do they spend more?

What motivates enterprises to provide these services while paying BNPL fees?

Because they are focused on the near term, these programs push consumers to spend more in the long run. If you only have $100 to spend, BNPL allows you to purchase four $100 presents for $25 each. However, you will wind up paying $400 in the long term.

You may also have to pay late fees or excessive interest rates. If you utilized BNPL for many transactions, it can be difficult to keep track of all the payment dates.

If you use your credit card to make purchase now, pay later installments, you may wind up with the debt you avoided originally.

If you can afford the item in the long term but don’t have all of the cash up front, BNPL is a perfect alternative for you. It may help you purchase the presents you desire for your loved ones. However, if you do not carefully consider your buy now, pay later purchases, you may find yourself with a major problem.

What are some statistics on purchase now, pay later?

Here are some facts concerning the buy-now, pay-later strategy.

Purchase now and pay later is the new way to shop and has taken over the holidays.

This payment option has increased in popularity and will continue to do so because to the influence of Millennials and Gen Z. Because of poor earnings and high pricing, many of this group can only buy products when they employ this strategy.

Stores and businesses who do not stay up with the latest trends and enhance their BNPL offerings will lose out on a large market.

The newest purchasing trend is to buy now and pay later, and this will continue.

A: There is no catch with buy now pay later. You will only be charged once your merchandise has been shipped out to you and arrives at your home or business address, whichever comes first.

Why you shouldnt use buy now pay later?

A: It is not good to use buy now pay later so it will affect your credit score.

What are the benefits of buy now pay later?

A: Buying now and paying later is a type of credit arrangement where the buyer pays for an item over time. This means that the seller will not have to immediately sell their items, allowing them more profit than if they were forced to sell it right away and then waiting on payment for long periods of time before receiving any money.

15 Ways To Fix Visual Voicemail Not Working On Android